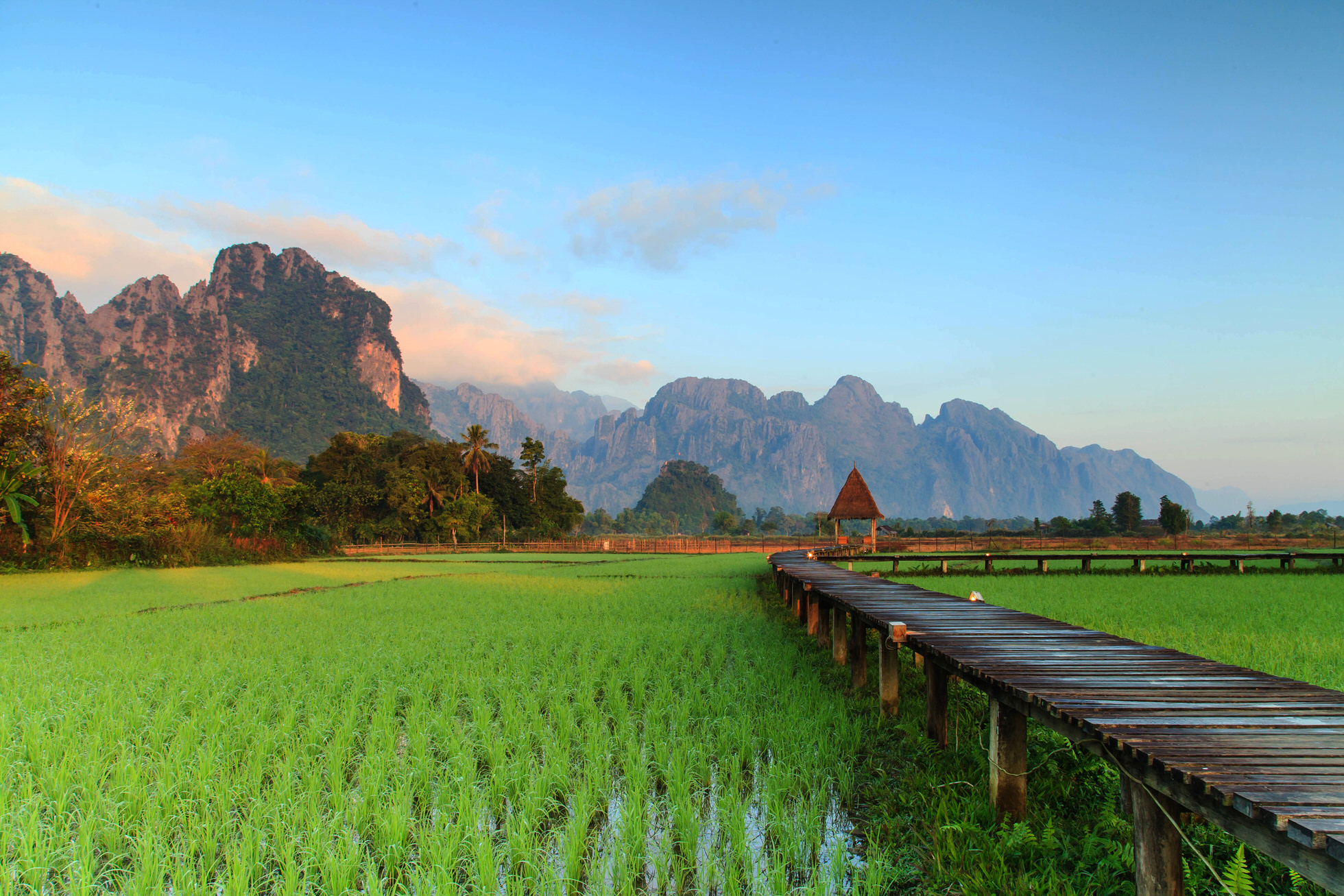 For the curious traveller, the journey into Laos is a rewarding and fantastic experience.

Part of what was known as Indo-China, the collective name for the former French Territories in the region. Whilst Vietnam and Cambodia were prized possessions, Laos was seen more as “buffer” value against invasion. It remains one of the less developed (and least populated) countries in south-east Asia. Laos is a hidden gem, with a less frantic pace than all of its neighbours. It might lack the infrastructure of commercialised tourism but that makes it all the more appealing. Development is coming, with more small hotels opening, but it has to be on terms that satisfy the Lao people. Of all the countries in the region, it is the least openly commercial and interested in western-style consumerism. It has a delightful serene, totally laid back style, with Buddhism dominating every aspect of day to day life.

This is the Asia of yesterday, as it has been over the centuries, with the added influence French colonialism, although apart from some grand buildings, France did not pay the same attention to Laos as it did with Vietnam or Cambodia. There are still many villages bordering the mighty Mekong River that can only be accessed by boat. 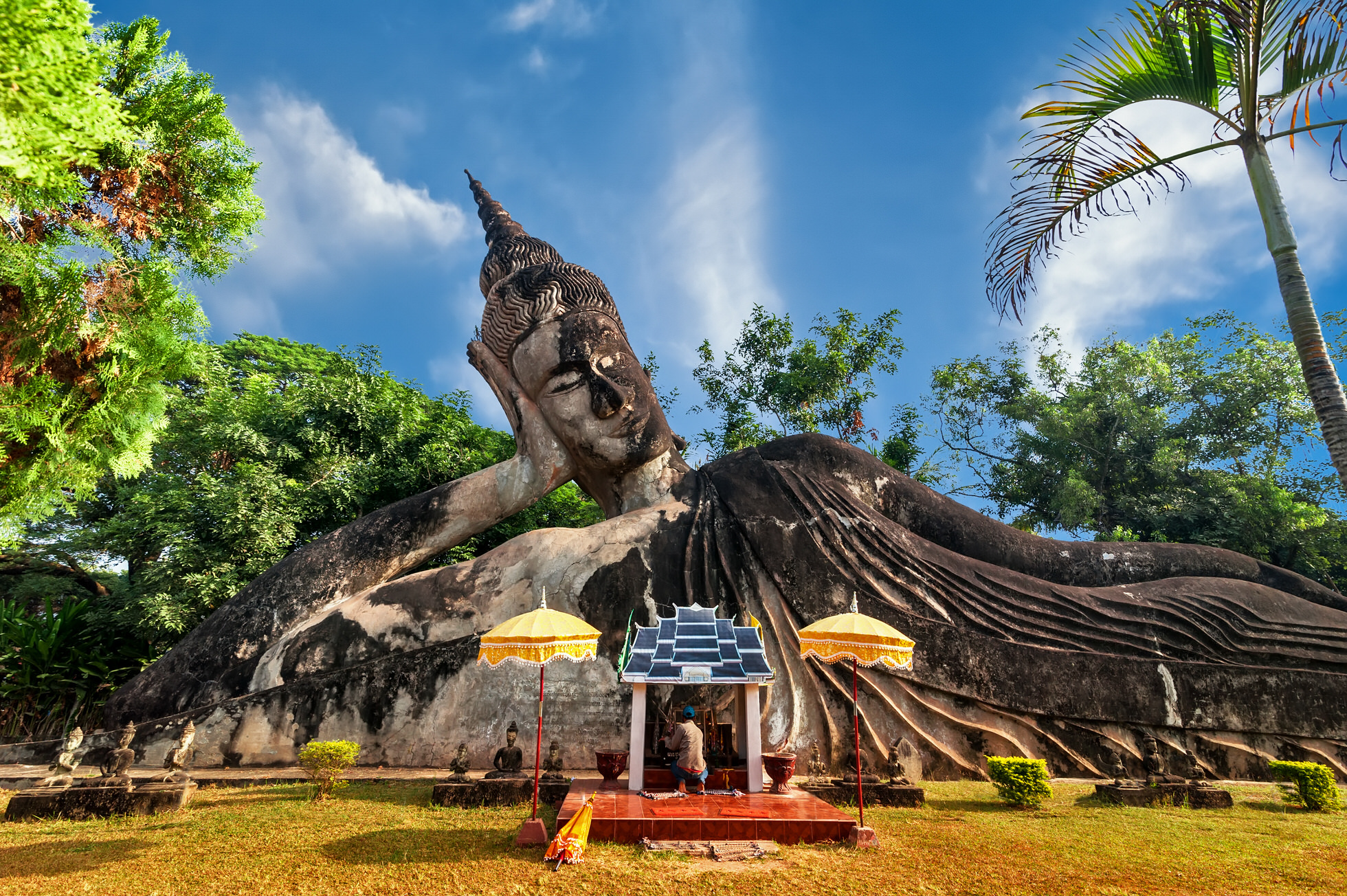 The focal point of any journey to Laos has to be Luang Prabang, the oldest town in Laotian existence.

Located on the foot of Mount Phousi with the Mekong river cutting through the town, many locals still rise at dawn to give alms (offerings) to the hundreds of monks that literally appear out of the early morning mist. It is a UNESCO World Heritage site, so the building is strictly controlled and the wonderful atmosphere is kept in place. A refreshing change in a region where progress seems to be measured in high rise buildings!  The city is interesting and easy to explore but take time to see the countryside, it is rural and unspoilt.

Despite its long history, the town has very few buildings of great age. The town was frequently the scene of battle and was literally put to the torch on numerous occasions. However Laotian tradition dictates that traditional styles have endured and many of the newer building reflect the original architecture. Several of the temples have survived the ravishes of time, nature and man, with one of the most impressive being Wat Chom Si which is at the summit of Mount Phousi. Reached by over 300 steps, but once at the top, the views of the town and the river below are good and well worth the hike. 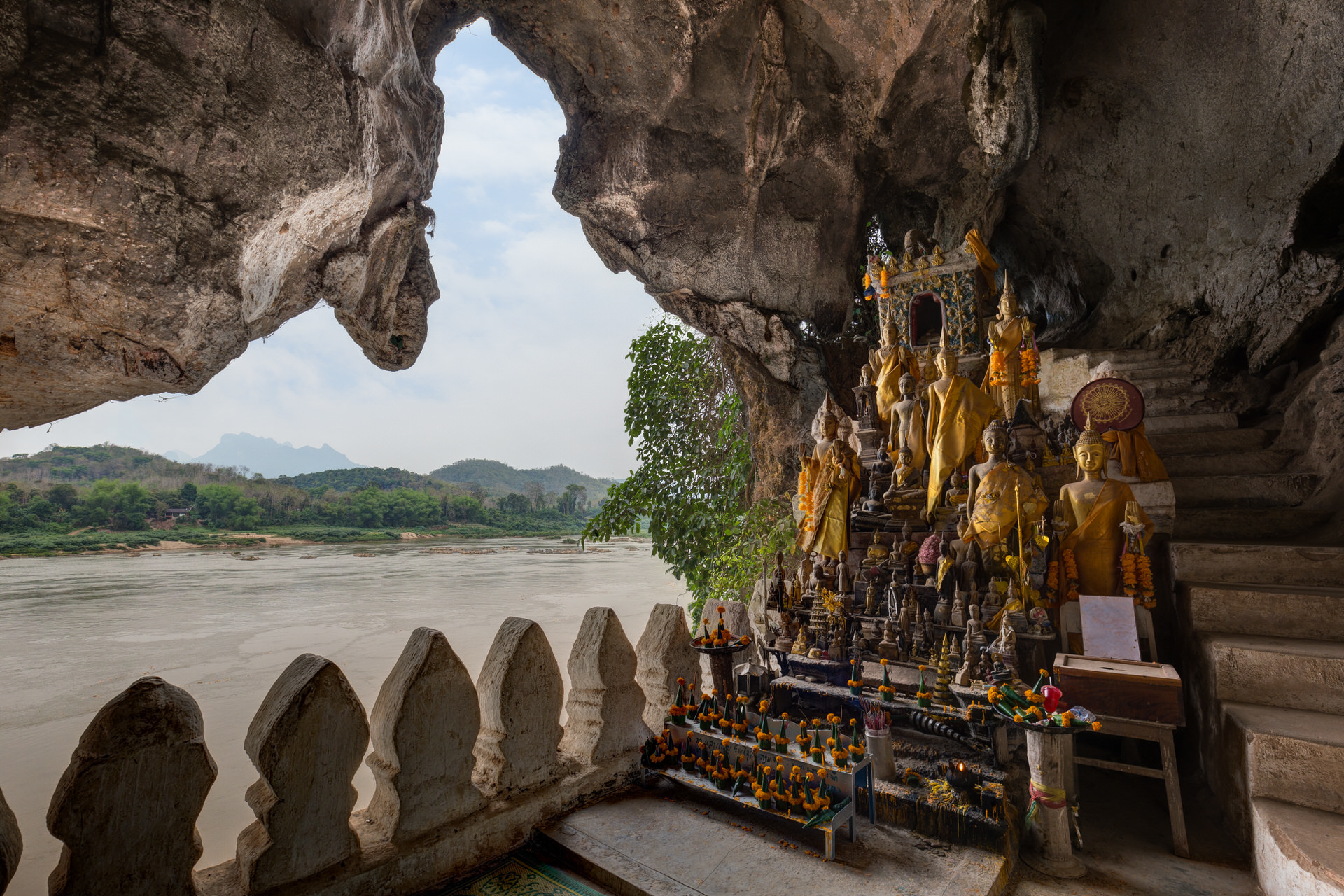 Apart from the town, the caves of Pak Ou are an unforgettable experience. Accessed by long-tail boat, the 25-kilometre journey upstream on the Mekong is an adventure in its own right. The caves are home to literally thousands of small Buddha images, many centuries old.

Where the French influence will be noticeable are the numerous café style restaurants that abound in the town and of course in the cuisine.

Laos is known to be the Land of Elephants.

There are many elephant camps close to town, but we rate Mandalao as the best. It is well managed with great consideration to these wonderful animals and offers a non-riding intimate experience. It is located just 30 minutes outside of town.

Travel 45 minutes out of town, a combination of a river and road transfer, and you arrive at the Kuang Si waterfalls, located within a national park. The first couple of falls are really small pools, but the final fall is spectacular as it tumbles in stages. A very different rather interesting experience. Swimming is possible. Good year-round but especially in the wetter months when the force of the fall is at its most fierce.

Note – In common with so many areas, there has been a massive surge of regional clients, especially from China. They are particularly excited at the prospect of seeing so many monks and tend to break ranks to obtain the best photo opportunity, even selfies, and in return give totally inappropriate offerings such as sweets. We do suggest slightly more remote areas just outside town or on the opposite river bank. Fewer monks but much more authentic.

In addition, we can also make an arrangement to visit Vientiane, the equally charming capital with its range of boutiques and highly regarded restaurants. It true Laos style, it must be one of the smallest capitals in the world, most certainly in Asia. The suggested hotel here is the elegant Setthe Palace. Built-in the early 1930s, and then closed during the political turmoil’s of the 70/80’s, it was reopened in 1999 and now has just 25 rooms and suites.

You obtain a visa on arrival, local payment to immigration. You will need 2 passport size pictures and a clear page for visa insertion. Approximate cost US$37 per person.

The weather in Laos falls into two seasons, the summer season when it can be hot, humid with heavy rain although it generally heavy short bursts rather than constant. The dry winter season usually lasts from November through to April, and during this time it is slightly cooler and with less humidity, and with noticeably cooler mornings and evenings, so a warm jumper will probably be required.

Whilst most of our clients will visit Laos as a 3-night extension from Bangkok, we can easily arrange tailor-made itineraries with neighbouring countries, in particular, Thailand, Vietnam and Cambodia. Something that might appeal would be to start your journey with 2 nights in Bangkok and then fly up to the Golden Triangle in Thailand for 3 nights.

Then travel across the border into Laos by road, and board the Luang Say Cruise for a 2 day (one night) journey down to the Mekong. You stay overnight at the Luang Say Lodge, a completely adequate rustic riverside lodge with just 17 fan cooled rooms. Then continue the following day to arrive in Luang Prabang late afternoon. Stay in the town for 3 nights, and then fly back to Bangkok, and on to one of the beach resorts in Thailand. We particularly suggest Paradee on Koh Samet, easily accessed by road.