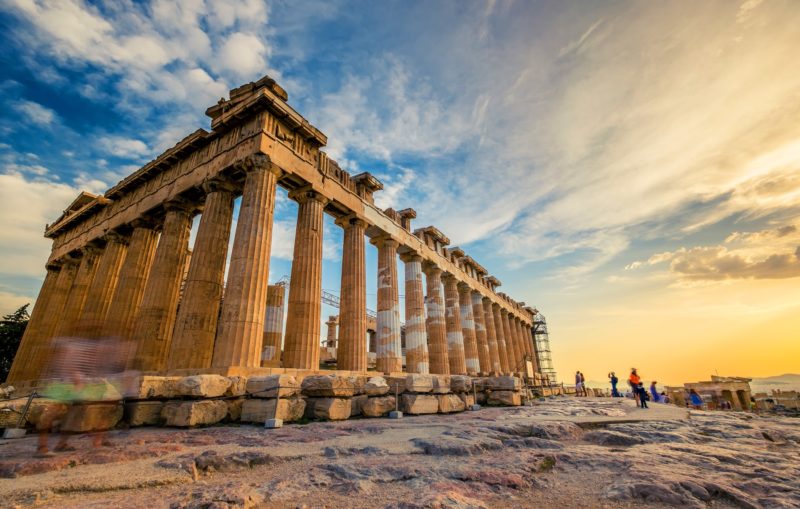 Greece is truly a fantastic country, with superb resorts, a combination of contemporary styles and classic designs.

Historic of course, with Athens well worth two or three days, if your time permits. Delightful beaches and traditional villages. And without a doubt some of the most hospitable and friendly people.

Flight time from the UK approx. 4 hours to the resort areas.

The total variety and consistent quality. Costa Navarino is on the eastern coast of the Peloponnese, an up and coming area that is still delightfully unspoilt. Halkidiki is just one hour transfer from Thessaloniki, in the north of the country, an area known for its super soft sand beaches. Mykonos and Santorini are world-famous resort islands, with great style. Santorini must be one of the most romantic islands anywhere! Crete offers some of the most stylish and individual resorts in the region.

Getting There – several direct flights from the UK to Thessaloniki, Crete, Santorini and Mykonos most days during the summer, and a couple of days weekly to Kalamata (Peloponnese), or daily flights to Athens and then 50 minutes onward connection.

Greece is usually at its best from mid-May through to mid-October, when the days are usually bright and sunny, with the mid-summer temperatures soaring. Most of the resort hotels close at the end of October and start reducing facilities from mid-October onwards, as occupancy decreases. Equally, in May, hotel facilities are opened gradually, depending on occupancy, usually fully operational by mid-June.

The winter months can be cold and damp, with most of the resort hotels closed. The sea tends to be warmer in October than in May as, rather logically, it’s had the summer to warm up. Those islands further east tend to warm up a little earlier in the season than resorts in the western region.

Athens and the Peloponnese

Athens is one of the great historical cities of Europe. Incredible sightseeing with the Acropolis one of the must-see temples in the world. Explore the old quarters, the superb restaurant scene and some of the best-priced shopping in the Mediterranean region. Grand heritage style hotels and some really funky new boutique additions. Athens, with its port of Piraeus, is one of the main cruise destinations of the region.

The Peloponnese region is on the west coast, facing the Adriatic Sea. The main city is Kalamata with its international airport, or you can drive from Athens in about 3 hours. This region is wonderfully scenic with good beaches, lush forests, waterfalls, medieval fortress cities. If you are driving from Athens you pass over the famous Corinth Canal bridge.

We suggest that you look to combine your stay with the Kinsterna Hotel in Monemvasia. This is rural Greece at is best. Simple elegance but a unique experience.

Located in the north-west of the country. Here you will find Thessaloniki (Saloniki), the 2nd city of Greece. One of the undiscovered gems of Europe, steeped in history and culture. Probably even more cosmopolitan than Athens with a fusion of Greek, Turkish and Jewish Sephardic cultures. A real café society set in a vibrant city.

Halkidiki is the resort area, just over an hour transfer, a three finger-shaped peninsular, each with superb resorts, great beaches, monasteries,  the small still authentic villages and offshore islands.

Best time to visit?  Generally, these areas are most popular April through to October. Some resorts might be open for longer periods but will focus on spa, cuisine and maybe golf, rather than the beach. Athens and Thessaloniki are year-round cities with an emphasis on sightseeing.

Corfu is located off the west coast of Greece, close to the coast of Albania in the Ionian Sea. It is known for its rugged mountain scenery, small secluded bays and green forests. It does have its pockets of tourism excess, but also areas of high-end residential villa wealth. Over the years the island has been ruled by the Venetians, French and British. All have left their footprint into the island’s history. This is particularly noticeable in Corfu Town with its grand colonial buildings.

Most of the hotels will open late April through to October. The early spring months are warming up, with the mid-summer months the hottest and most expensive. September and October can be particularly good value.

Both are located within the Aegean Sea, south-east from Athens. There are international flights from several UK airports, as well as domestic connections both by air & sea from Athens. You can also sail from one to the other, travelling south from Mykonos to Santorini. This is a really nice way to arrive, as you really get to appreciate the scenic splendour of Santorini from the sea.

Both islands are known for their jet-set image and style. Mykonos has better beaches and a lively social scene. It plays hosts numerous celebrities, especially in the peak summer months. Santorini is even more romance focused, with most of the hotels perched right on the cliff edge with incredible views. Both islands are favourites with the summer cruise circuit, so expect to see numerous large ships in port most mornings.

Hotels tend to open April to October. These islands, and especially Santorini are amongst the most popular throughout the Mediterranean area and hold their peak summer rates longer than most, so the period Mid June to September can be expensive but that does not seem to diminish their appeal.

Crete is the most furthest East of our featured Greek islands. A long thin almost sausage-shaped island, with diverse scenery ranging from rugged mountains, cove beaches and historical areas such as Knossos. There are two international airports: Chania for north-west coast resorts and Heraklion for the central north & east coast areas.

Crete has some of the most attractive resorts. High quality, with super facilities and well priced, given the standards you are receiving. There are some pockets of tourism excess but these are easily avoidable if you so wish. Super water quality and some interesting sightseeing.

Best time to visit? Most hotels are open April through to October. Being further east, the temperatures seem to rise earlier and hold longer than the areas to the west, so our spring months and early autumn can be particularly worth looking at.

The summer months of July/August are peak demand times, reflected in the prices. 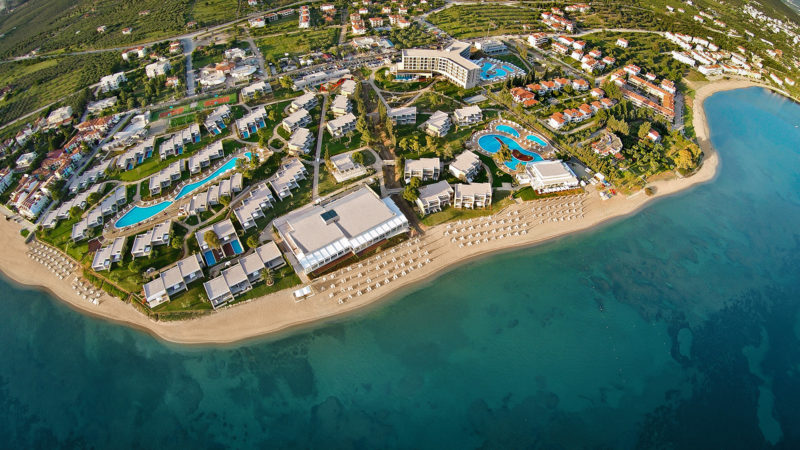 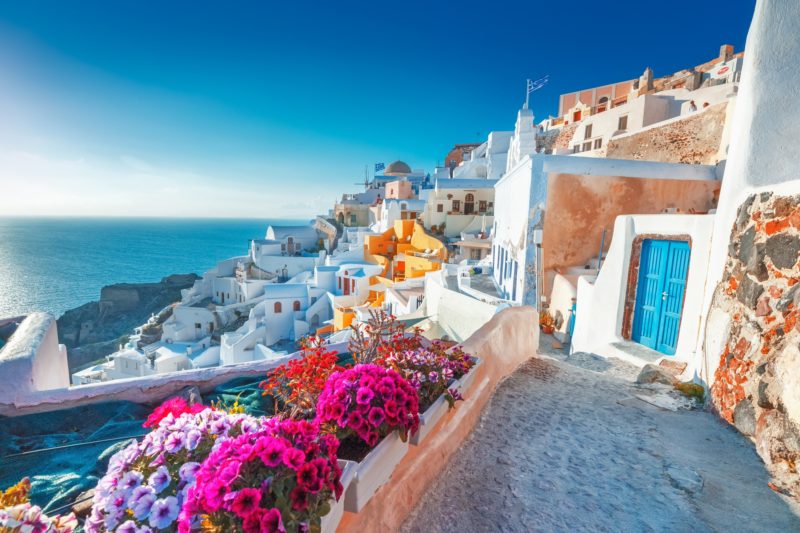 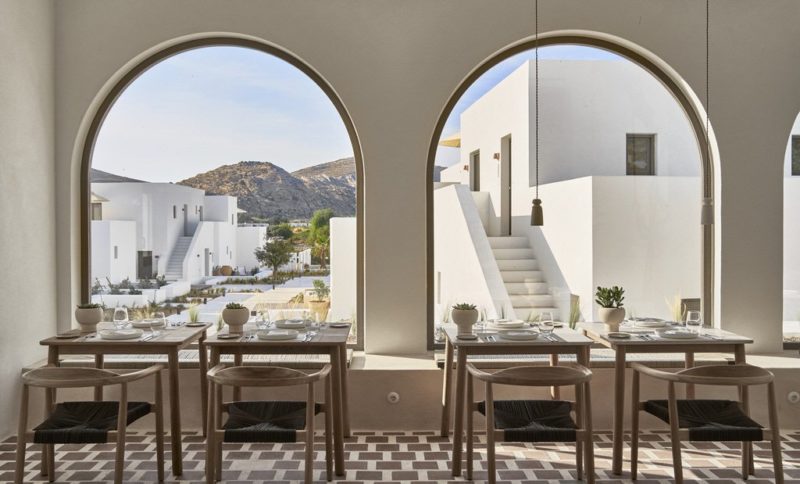 All price guides are Per Person Sharing Double Room (Entry level), based on travel between May and/or June when prices are generally at their lowest and include promotional offers. Supplements will probably apply at other times, particularly mid-summer in the Med, and for rooms and/or transfers arranged for single travellers. For example, the Caribbean and Indian Ocean prices for winter can be approximately double the May - June level and about 50% more in Asia. For the Mediterranean & Canary Islands, Caribbean, Arabia and the Indian Ocean (except Sri Lanka) price guides generally include airfare and transfers.

All the flights and flight-inclusive holidays in this on this website are financially protected by the ATOL scheme. When you pay you will be supplied with an ATOL Certificate. Please ask for it and check to ensure that everything you booked (flights, hotels and other services) is listed on it. This lists what is financially protected, where you can get information on what this means for you and who to contact if things go wrong.

Please see our booking conditions for further information or for more information about financial protection and the ATOL Certificate go to: www.caa.co.uk.

Some of the flights and flight-inclusive holidays on this website are financially protected by the ATOL scheme. But ATOL protection does not apply to all holiday and travel services listed on this website. This website will provide you with information on the protection that applies in the case of each holiday and travel service offered before you make your booking. If you do not receive an ATOL Certificate then the booking will not be ATOL protected. If you do receive an ATOL Certificate but all the parts of your trip are not listed on it, those parts will not be ATOL protected.

Due to the ongoing situation with COVID-19, some hotels may have changed their facilities. Standard descriptions like distance from airport or town remain consistent as does the overall resort style. However, the number of restaurants, and swimming pools, if more than one, are by example flexible and can change depending on occupancy and circumstances. Spa facilities, in particular, may be altered depending on local and international suggestions.

If your holiday decision is based on any specific facility please let us know at the time of booking so we can ascertain availability from the hotel. Please note that information may be accurate at the time given but could be subject to change. It would be prudent to be open-minded and flexible on such matters in these times.

The situation on destination entry seems to vary month to month, or in some cases week to week or even day-to-day. For updated information please refer to the UK Government travel advice https://www.gov.uk/foreign-travel-advice. This will provide information on entry requirements including COVID-19 testing and any quarantine stipulations,  especially on return to the UK. As you will know this information is constantly changing, frequently at short notice as evidenced by our own Government actions.