The main appeal of Abu Dhabi will be the superb beaches, the highly organised city, sports, and culture.

Did we forget to mention the impressive hotels?

The richest and most influential of the six states that comprise the United Arab Emirates (the others being Dubai, Ajman, Fujairah, Sharjah and Ras Al Khaimah). Abu Dhabi is the capital city and the financial powerhouse of the region. One of the world’s richest cities, it is proudly modern with towering iconic skyscrapers dwarfing atmospheric market streets. Ultra-luxurious shopping malls where you will find all of the top designer brands from around the globe. It is also traditional and conservative, maybe less openly hedonistic than Dubai, with a more considered pace of life and planning.

Two of our featured hotels are on Saadiyat Island, a resort area linked by a causeway bridge, 15 minutes drive from downtown. The third is the highly imaginative Yas Viceroy on Yas island – home to the Grand Prix circuit, Ferrari World and Water Park. The fourth is located in the desert dunes, 2 hours drive from the city. In addition, we can offer hotels in the city centre, and we rather like the glamour of the high rise St Regis Abu Dhabi from which this image was taken.

The main appeal of Abu Dhabi will be the superb beaches, the highly organised city, and the impressive hotels. The two resort properties we feature are regarded as amongst the very best in the region. Plus just inland you have the opportunity for desert tours with probably the highest dunes in the region.

Abu Dhabi is now developing fast, but in a much more controlled and orderly fashion than experienced in Dubai in the past few years. However, you should expect to see evidence of construction throughout the city and resort area.

The pace is much less frantic than Dubai, possibly less obvious. If night-life and extreme retail therapy are important, then Dubai is probably a better choice. Where Abu Dhabi scores are the beaches and the thrill of discovering something new for British visitors, plus of course high quality and well-priced hotels. It is quieter generally than its noisy neighbour and promotes itself less flamboyantly, but that rather seems to add to its appeal. It does have luxurious shopping malls, just not as many as Dubai.

We would choose the two hotels on the resort Saadiyat Island for stays of 5 nights plus, Yas Viceroy for 2/3 nights maybe en route to the Indian Ocean, and the luxurious desert resort for at least 2 nights.

Both British Airways and Etihad Airlines fly daily to Abu Dhabi – flying time approximately 7 hours. From there Etihad offers excellent connections on to most of the Indian Ocean resorts and Far East cities.

We particularly like the idea of Thailand and Abu Dhabi, or maybe a combination with the Maldives.

Generally hot and sunny year-round, with minimum rainfall. The most pleasant times tend to be October through to May, June to September tends to see soaring temperatures with humidity to match. Occasionally in December/January, you might get a cold snap of a few days when winds blow in from the desert but this is unlikely to last more than a couple of days at most. 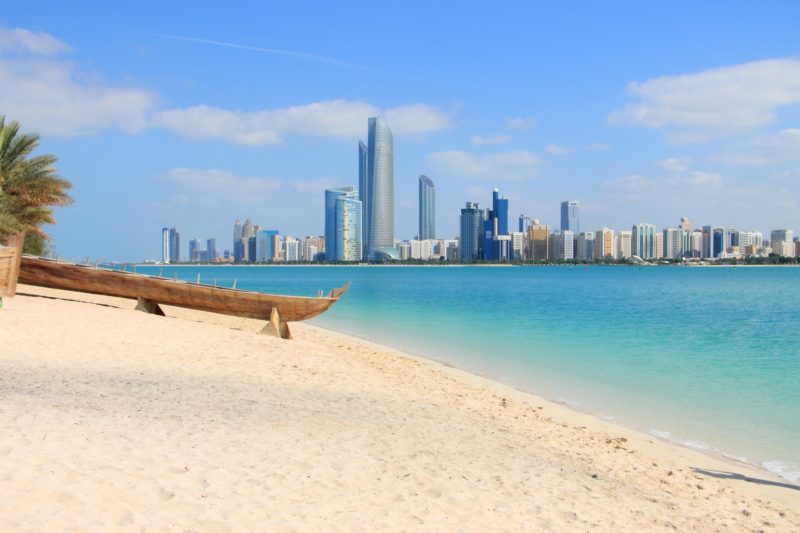 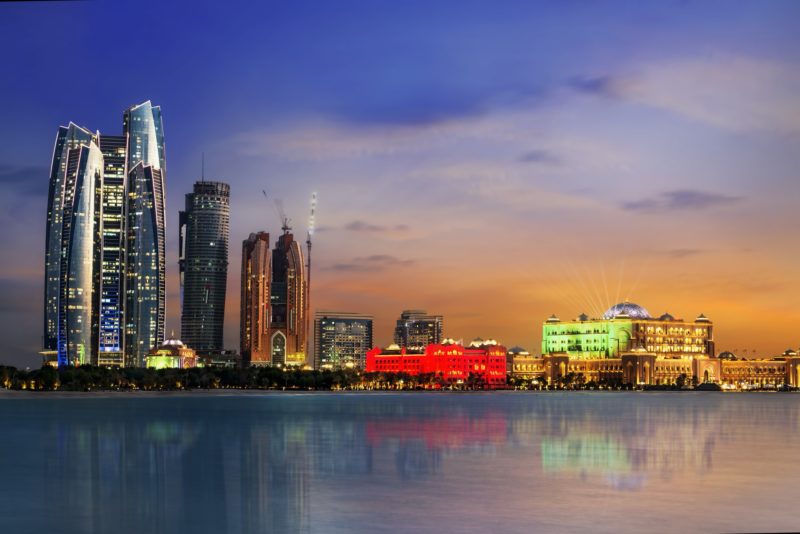